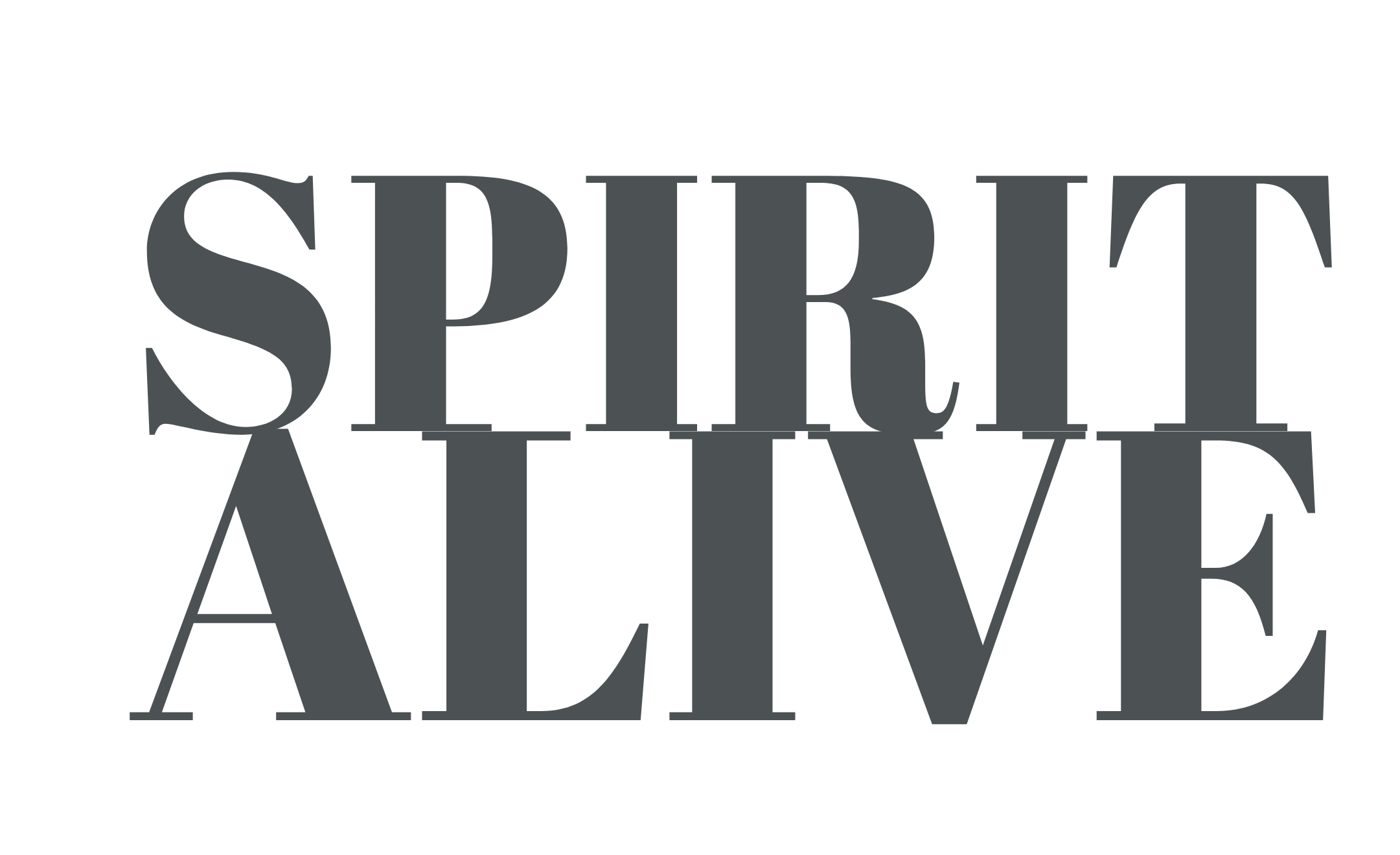 God is building an army. And you are part of it.

The Holy Spirit has always been allowed free reign when it comes to picking out the Spirit Alive theme. After the date is set, we pull up the readings for the Sunday weekend, pray for guidance, then brainstorm what direction God is leading us to go.

Over the last seven years, there is an obvious trend. With themes such as “Army of God,” “The Ultimate Race,” and “Avenger of the Righteous,” is God trying to prepare us for a battle? Who is a part of this battle? Is the battle happening right now? What is at stake? 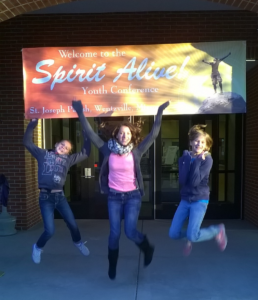 In 2012, Spirit Alive is born. At the conference, God called us to come alive, to come awake in our passion for Him. In the gospels, Christ opens the eyes of the blind. At Spirit Alive, God opens the spiritual eyes of teens. God challenges them to let Him into their lives more than they ever have before. 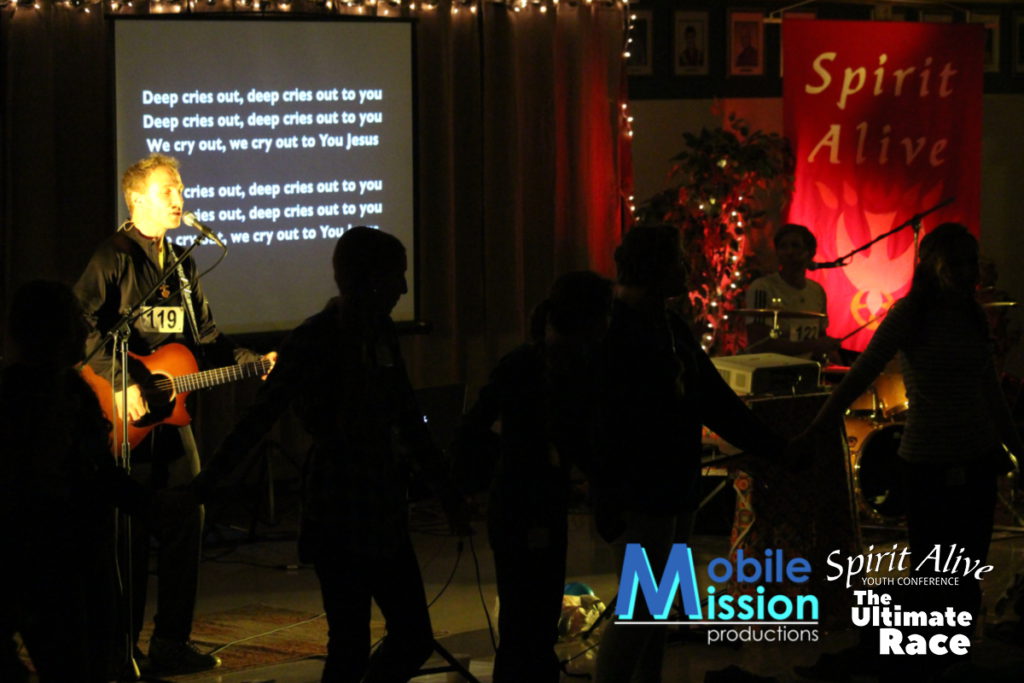 Why is this challenge so critical? Because there is a spiritual battle to fight!

At the 2013 conference, the Holy Spirit begged us to realize that Ignorance is NOT Bliss. Not knowing the traps which the devil sets for us every single day will make our spiritual life toilsome and dead. Most of our society doesn’t know that there is a battle to fight. The Catholic Church is the only religion to look evil dead in the eye and call it out for what it is. Embrace the peace that comes with the truth of the Catholic Church. Know your faith. Know the snares and traps that you will come across on a daily basis. And once you know the traps, call them out so others can avoid them too.

“I have called you by name; you are mine.” (Isa. 43:1) At the 2014 conference, God reminded us that we have an identity as a soldier of God and he called us by name to be a member of His holy army.

At confirmation, we take on a new name of a saint. The saint we choose is the one who we vow to imitate in their example. Our name is our calling, our role, and we each have one. When the bishop presses the holy oil on our forehead, he seals us into that role. According to tradition, he might give the confirmation candidate a touch on the cheek (a figurative “slap”) to remind them of the gravity of their role and that they must now be prepared to suffer all things, even death, for the sake of Christ. 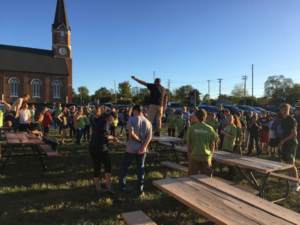 The 2015 conference served as a reminder that this battle is not every man for himself. We are an army. But guess what? We’re not just an earthly army.

In the Book of Revelation, John “looked, and behold, a great multitude which no man could number, from every nation, from all tribes and peoples and tongues, standing before the throne and before the Lamb…” (Rev. 7:9) This is the Church Triumphant. They’ve made it. They’ve won the prize and now they are in heaven interceding for us.

So who are we? The Church interestingly refers to the men and women on earth as the Church Militant. We are the soldiers on the field, battling for our own souls and the souls of those who are in danger of being lost. Some of us are soldiers, in the heat of the battle like the missionaries in foreign lands. Some of us are undercover agents like the laypeople who can evangelize in secular places. Some of us are the control center, sending out resources to the soldiers on the field like the men and women devoting their lives to prayer and suffering in order to fuel the Church with the grace it needs. Some of us are commanders and leaders moving armies where they need to go to evangelize.

Maybe we’re a combination of all of these roles. But the point is that we are not alone. We are an army, a people of God, with Christ as our head. 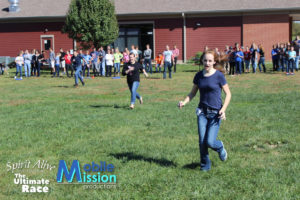 Just in case the “Army of God” theme didn’t get you excited, in 2016 we emphasized that the stakes are high and the cry is urgent. We are an army racing the clock. “What is your life? For you are a mist that appears for a little time and then vanishes.” (James 4:14)

So who are we racing? We are racing ourselves, challenging ourselves every day to grow in virtue and to follow God’s will for us until the end. We hope to one day say like St. Paul, “I have competed well; I have finished the race; I have kept the faith.” (2 Tim. 4:7) 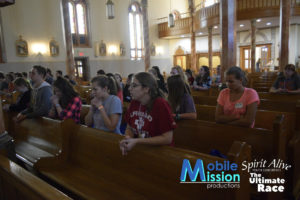 How effective would an army be with a group of half-hearted, dispassionate soldiers? God is not calling us to go through the motions. He is calling us to thrive. “Jesus said to them, ‘Did you never read in the Scriptures: The stone that the builders rejected has become the cornerstone; by the Lord has this been done, and it is wonderful in our eyes? Therefore, I say to you, the kingdom of God will be taken away from you and given to a people that will produce its fruit.’”  (Matt. 21:42-43)

Let’s be flowers that reflect His beauty. Let’s plant ourselves on His good soil. Let’s toil patiently for the kingdom of God. Let’s not be useless soldiers but an army who will produce good fruit. 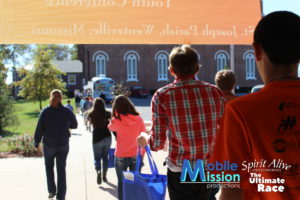 God is expecting a lot from us. He encourages us to come alive and to not remain ignorant of our faith. He calls us out by name to be part of His holy army, to fight alongside our brothers and sisters in Christ for the salvation of our souls. The race against our inner sinfulness is challenging but thankfully for us it’s fertilized by the power of his grace so that we can thrive. God promises, “Be faithful unto death and I will give you the crown of life.” (Rev. 2:10) 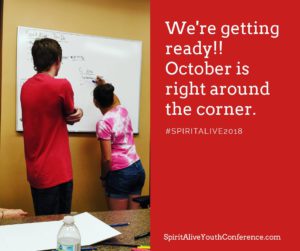 On October 5th and 6th we’ll explore “Avenger of the Righteous”! If you want to find out what this year’s theme is all about, register now and we’ll see you at #SpiritAlive2018!